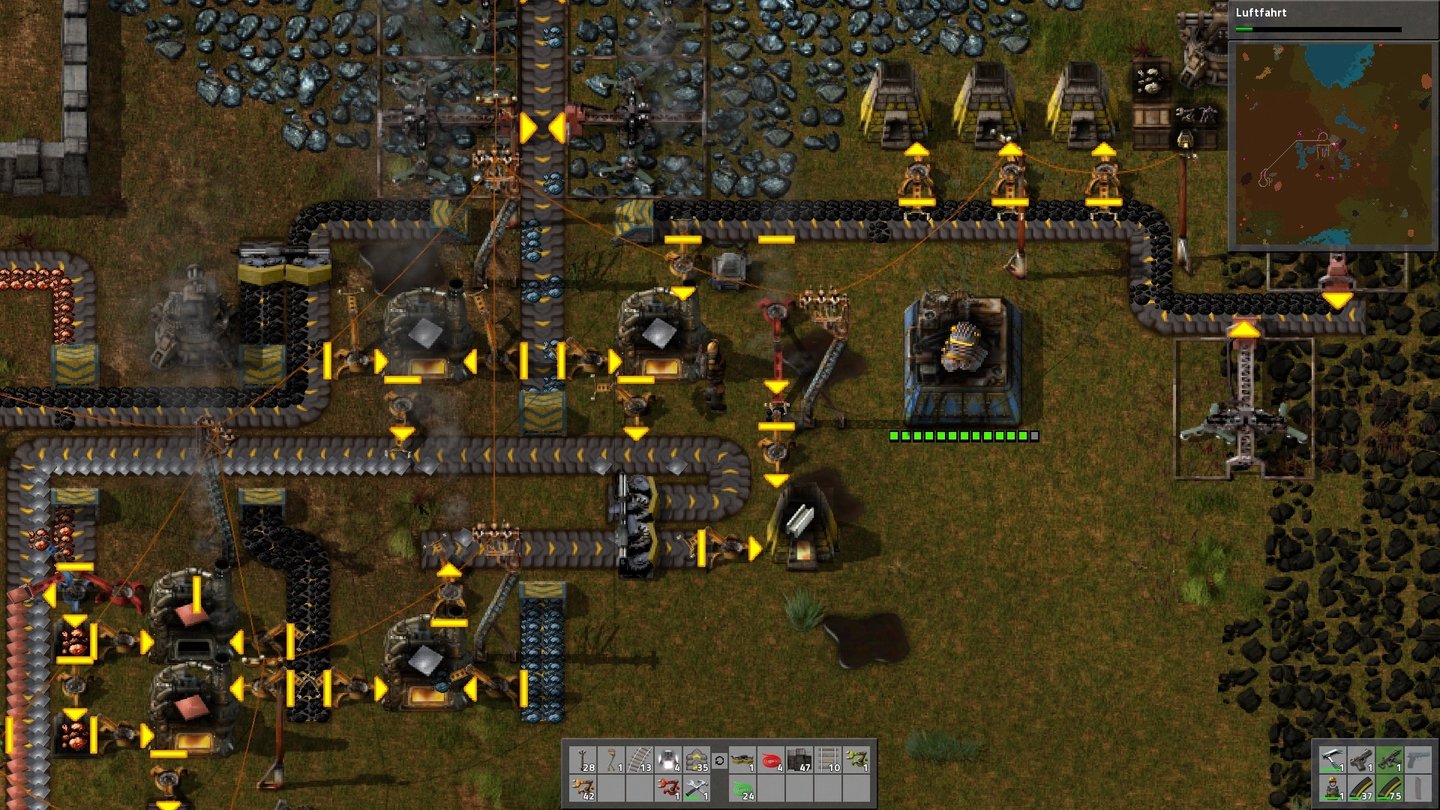 Hello,
the atmosphere in the last week was kind of special. We experienced the feeling of the final release being on the horizon many times. And we were shown that it isn't the case time and time again. So it feels very special when it is actually becoming reality. We were trying to be especially careful with any last minute changes to make sure that we don't introduce major bugs into our precious 1.0 release. The image of all the players having the game crash on some simple stupid bug is horrifying.

Thank you
People thanked us on many occasions for the hard work we do. It helped lift our mood in many of the desperate moments, when bugs and problems were piling up and we didn't see the end of the tunnel. We don't say it often enough, but the support from your side has been incredibly helpful throughout the years.

The 1.0.0
It took us 8.5 years. It has been an incredible ride and we have arrived at the destination!
Factorio is leaving early access. This opens the game up to all the players who just don't play early access games, the same with reviewers who only cover finished games, which is very understandable.
For this special occasion, we created a launch trailer. It tries to capture the story of the development in 45 seconds.


When we released pretty much all the content in 0.18, there was nothing left for 1.0 other than the formality of "it is complete". The crash site, nuke, alien decoratives and polluted water are awesome, but not too impactful... As a result, we really wanted to add something to make the release special.

This all means it can be used as a tank upgrade, a less automated version of artillery, or a builder/repairer. We look forward to seeing what other uses you can invent.

We haven't added it earlier as we saw it just as a gimmick without much contribution to the gameplay mechanics. This changed rather recently, when we had the idea of the remote control combined with the equipment grid. So we decided to extend our already crazy todo list, and add it as a last minute bonus.

The plan for 1.1
We were doing the best we could, to fix all the relevant bugs and issues for the 1.0 release, but we just couldn't do everything. So we had to prioritise just the more critical stuff. We would still like to address all of the remaining issues as there are currently around 150 bugs on the forums and around 80 internal tasks to be solved. The plan is to eventually go through all of them, and decide on how to resolve each one.

A good example is, that we have a "continue" button, but it just ignores multiplayer. You press continue automatically just to find out, that you are building alone for half an hour. It is my (kovarex) personal story actually.

This means, that 1.1 is going to just focus on filling the most obvious gaps in our existing feature set, not on adding some new major content.

Full circle
When we started with the Friday facts, it was at a time when we worked a lot, but if there wasn't any release for a while, people were starting to ask whether the game is still being worked on. So this was our first motivation. Eventually we learned many additional advantages of the blog, other than it being just a dead mans switch.
It became an every Friday habit for us and some of our players too, but we believe now is the right time to stop. There will hardly be a better moment to do so. It should be very understandable that we need a break, and we also need the freedom to think about the long term without the obligation to cut it into small chunks for FFF.

Since you can't expect weekly posts from now on, we wanted a way for you to be notified once we have something special to say. Feel free to give us your email address so we can let you know.

For now please enjoy the game, and we’ll be back!
Klicke in dieses Feld, um es in vollständiger Größe anzuzeigen.