The Problem (frames missed due to rendering lag)
Over the past several months there have been many posts about people with low FPS in OBS despite their in-game FPS being fine. The reason? Most people will tell you to "you're using too much GPU usage, cap your FPS to allow OBS to render the scene".

The "solution" above is a huge problem; It is very common for a game to vary in frame rate depending on where/what you are doing in the game. This makes it extremely difficult to find a point where you are not intruding on OBS' GPU needs, but have the quality and FPS you want.

Example
A game runs at an average of 120 FPS using my graphics card. So I cap my FPS at around 90 to make sure I leave enough leeway for OBS to function.

Problem #1: I'm missing out on frames that I would have been getting in areas/things with lower GPU rendering needs. I would have exceeded 90 FPS during these times.

I enter an area/do something where my frame rate drops to 75 from the 90 I capped it at; the GPU needed power for graphics (rendering polygons, draw distance etc.) instead of producing frames.

Problem #2: My 90 FPS cap to make sure I'm not inferring with OBS GPU needs is now void. I have went over the XX% limit I left for OBS to use and my stream/recording has now dropped frames. I either need to cap it even lower, or turn my graphics down.

As you can see, at this point I could even be considering capping at 60 FPS, for a game that could run at 120+ FPS at times. This is simply unacceptable.

The Fix
Well, for us who have actually been using OBS for a while know this wasn't always the case. You used to be able to run your game at an uncapped FPS with whatever graphics you want; just like you would if you were playing without OBS running.

OBS used to take the power it needs BEFORE the game took what it needs. OBS would stay locked at 60FPS (as long as your PC was good enough for 60) and the rest of your GPU's power was allocated to the game. You didn't have to worry about limiting your GPU usage!

So now for a solution I've found. It's not one I'm happy with but IF you are having this problem, it applies to you.

I have since switched to Windows 7 and everything is fine. I can fire up a game I've never played before on stream and not have to worry about tweaking everything to perfection to make sure my own, and my viewers experience is smooth. I can use 100% of my GPU and guess what? OBS stays at a rock solid 60 FPS, just like it should.

Please, if you see anyone with this issue do not tell them to just "cap ur fps ur using too much GPU xD". This isn't how it's supposed to be. This a major issue and everyone is refusing to acknowledge it. If you are experiencing this, please raise awareness. This is not a feature. It is a bug.
Klicke in dieses Feld, um es in vollständiger Größe anzuzeigen.

Microsoft is adding a “Game Mode” to Windows 10 that'll optimize the system for playing video games. ... When a system goes into Game Mode, it'll “prioritize CPU and GPU resources to your game,” according to a video Microsoft released today. The mode's goal is supposed to be improving each game's frame rate.

BFF
If your parents can still talk to you, please listen. You never know when will be the last time. 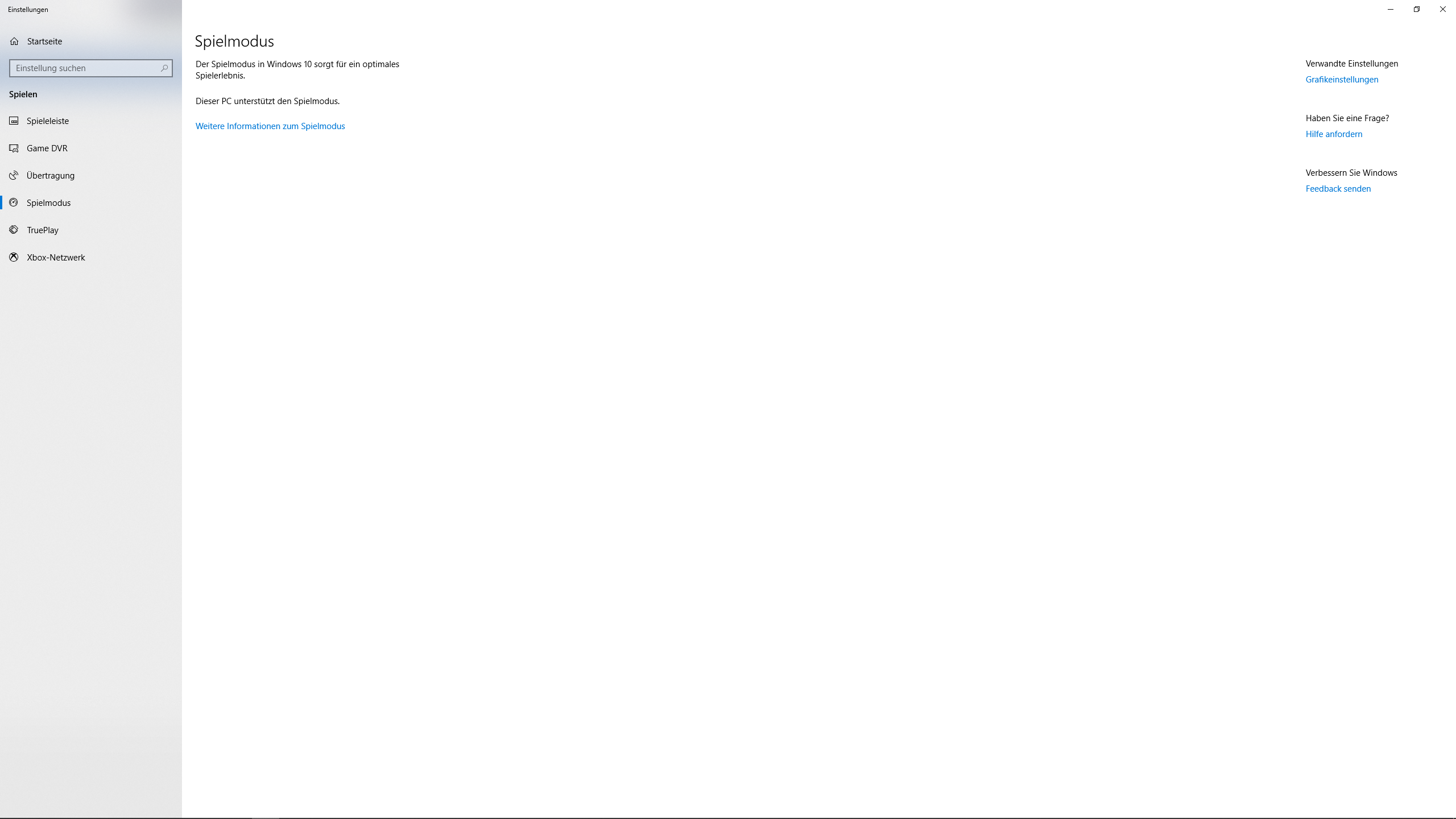 B
Is my PSU not enough because of corsair